Rickleton Primary School got the whole school involved including their nursery, to do a sponsored run around their school, similarly to our Children’s Cancer Run At School event. Their inspiration for the run was Alfie, a young pupil who had to take a while off school to receive treatment due to his cancer diagnosis.

“We organised a whole school (nursery through to Year 6) sponsored run around our school grounds. The children asked friends and family for sponsorship money and ran around the buildings and field, year group at a time.

“Following Alfie’s diagnosis, we quickly understood that this would mean a lot of time away from school and in hospital instead. We felt very strongly that we wanted to make his time, and that of other children in his situation, as positive and enjoyable as possible given the circumstances. Therefore, we wanted to raise money to support the projects and activities on the children’s cancer wards where Alfie would be spending most of his time. This way, the children could have a bit more fun, be entertained and hopefully be provided some relief and distraction from the intrusive and intense treatment they were receiving.”

Rickleton Primary School reached a grand total of £6,184! Here’s what Jan said about their fundraising:

“We didn’t have a specified amount in mind as any amount raised would help in some way on the wards. We were absolutely astonished and overwhelmed that our community collectively raised £6,184, as we could have never imagined such a huge amount! The care and compassion for Alfie and the other young people on the ward was so strongly felt by all of the Rickleton Primary School community.

“All of the children and staff were involved as they all took part in the fun run. Myself and our Deputy Headteacher (Alan Baker) were involved in the planning and logistical organisation of the day. We were also delighted that Alfie was able to join us in school for part of the run and managed the last section to cross the finishing line with all of his friends cheering him on! A rainbow even appeared in the sky as he crossed the line.”

The video here shows Alfie finishing the run. All of the children in Years 5 and 6 are cheering him on and a rainbow appears as he has finished! 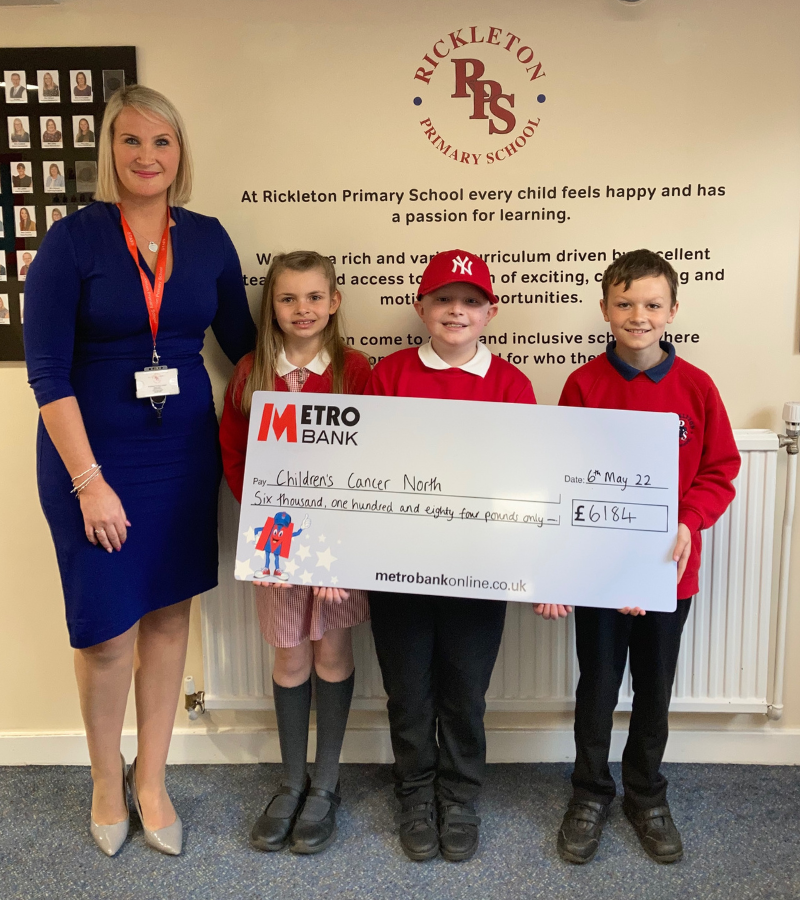 The importance of fundraising

“Our wonderful school community came together to raise money to help one of our own. We felt passionately that Alfie knew he was in our thoughts whilst he needed to spend time away from school. We wanted to make his time undergoing treatment as comfortable and positive as possible by helping to provide support for him, and the other young people on the children’s cancer wards.” – Jan Price, Headteacher, Rickleton Primary School.

“Cancer affects everyone but when it affects someone within your own community, it is difficult to know how to help. What started as a small event to show our support, spiralled into quite an incredible demonstration of how loving and caring our families can be.” – Alan Baker, Deputy Headteacher, Rickleton Primary School. 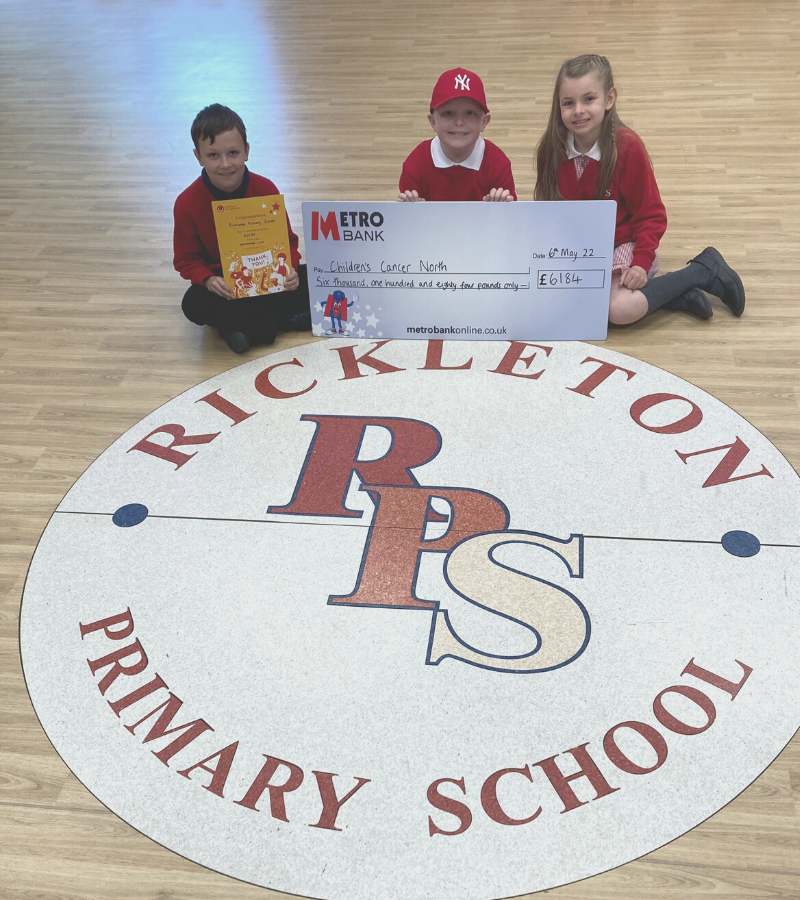 It is endearing to hear about the efforts put in by Rickleton Primary School and their local community in raising money to support Alfie and children like him spending time in hospital. Their achievement of raising £6,184 is inspiring. Thank you very much! Watching the video of Alfie making the finish line with a rainbow in the sky is nothing but fitting!

Do you know of a school who may want to do a sponsored run to raise money to help make life better for children with cancer? If so, schools can take part in Children’s Cancer Run At School which has started now. Let them know all about it here!

In memory of Sophie, a brave girl lost to cancer
Back to top
Why not sign up to our newsletter? Click here
×