The Children’s Cancer Run Carlisle is returning to Bitts Park this summer.

The Children’s Cancer Run started in Carlisle in 2019 but due to COVID we were unable to build on the amazing momentum started by the hundreds of people who turned out despite the rain to have fun and raise funds to help make life better for children with cancer locally.

The Children's Cancer Run Carlisle is returning this summer to Bitts Park!

We'd LOVE your school to get involved. Its quick and easy to register your school now and we'll provide all the resources you need to stay organised.

For families and friends that want to run together, general entries will open in the New Year 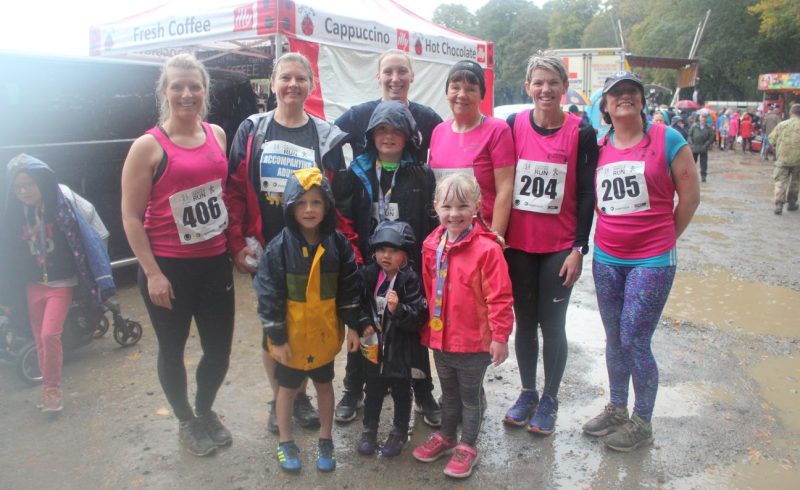 We'll be there come rain or shine!

Carlisle is a fantastic and weather-y place, and we'll be there come rain or shine. Whether we get masses of mud, or a tropical heatwave. Come and join in the family fun!

I love the weather! Count me in!

Last year 101 children in the North East and Cumbria were diagnosed with cancer.

Our events raise vital funds to support these children and their families when they’re going through the toughest of times.

The Children’s Cancer Run is coming back to Carlisle!

With one, three or five mile cross-country routes to choose from we have something for all ages and abilities.

and even well behaved dogs on leads, cheering you on 😉

Check out some of the photos from our first Children's Cancer Run Carlisle run in 2019! 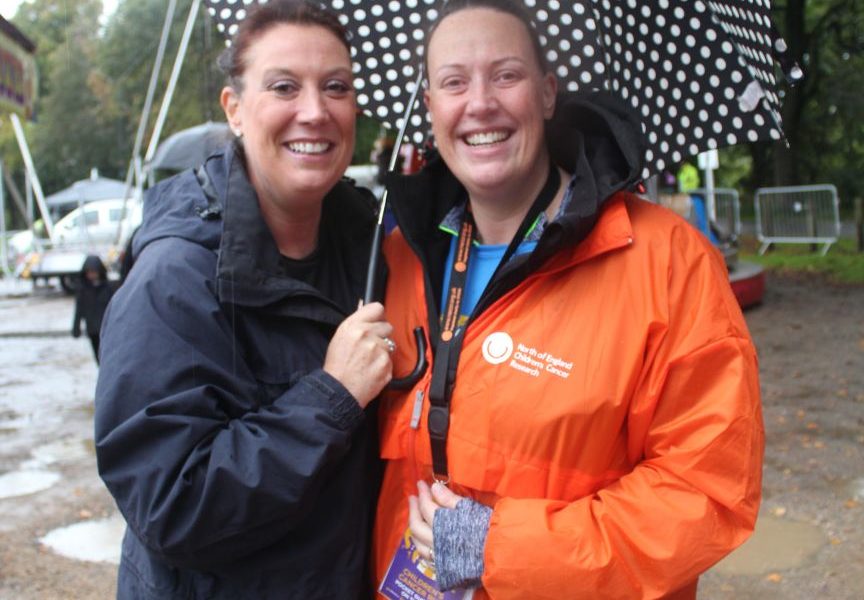 Thank you to our corporate supporters for making the event possible:

Corporate supporter packages for the Children’s Cancer Run are available. If your business is interested in making life better for children with cancer through supporting this event, please contact Emma Carson – emma@childrenscancernorth.org.uk

Together with friends, the family approached us about the idea of holding a Children’s Cancer Run in the North West and have been hugely supportive in pulling the plans together. Here is a little more about Holly’s story, from her Mum Caroline:

“In the Autumn of 2014, following time in the Cumberland Infirmary, Holly was referred to the RVI where she was diagnosed with leukaemia. Holly’s treatment lasted over two years and included intense treatment phases. Overall it was a journey filled with chemotherapy, transfusions, steroids, the loss of her hair, lumber punctures, tests, side effects of chemo, ‘magic sleeps’ and lots of determination and bravery.

Our involvement with the charity began through Holly’s fantastic childminder, Kate. Kate wanted to ‘do something’ and suggested we create ‘Team Holly’ and participate in the Children’s Cancer Run in Newcastle – our theme being Minnie Mouse – Holly’s favourite!

In 2015 lots of Holly’s friends and family took part in our first Children’s Cancer Run and since then we haven’t looked back.  She loves the event and the fantastic atmosphere as well as raising money for the charity which goes to to help fund invaluable research to help develop better treatments for children’s cancer.” 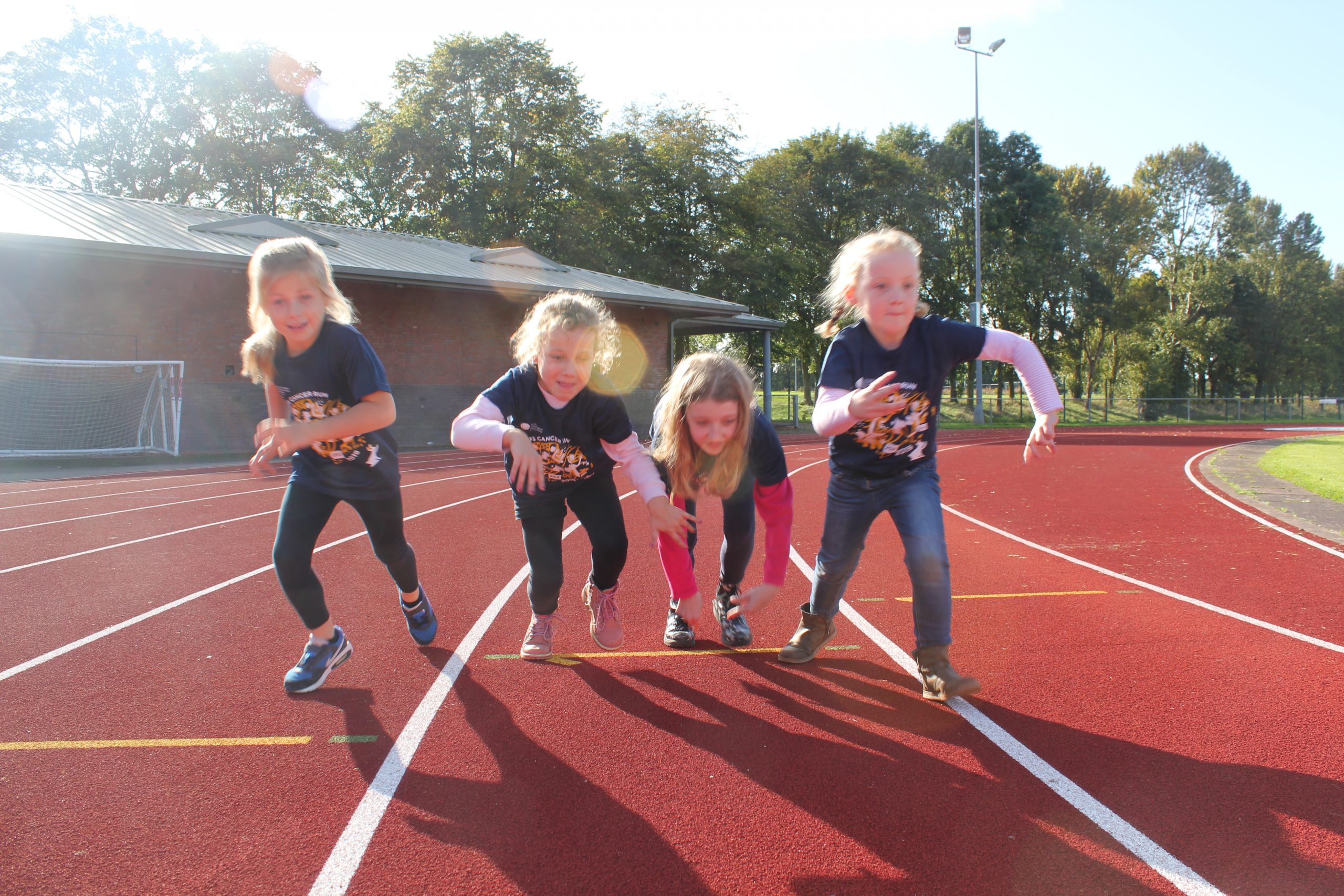 The Children’s Cancer Run came from very small beginnings over 30 years ago. It started through Kings School in Tynemouth, Tyne and Wear in order to raise money for the North of England Children’s Cancer Research fund, as at the time, one of their pupils was suffering from cancer of the kidney.

This initial idea blossomed, slowly at first… the first run only had a couple of hundred people from Kings School.

A volunteer committee was set up to manage the organisation of the run, and today, many of the original members are still volunteering their services. Particularly satisfying and completing a ‘circle’ is the fact that Chris Peacock, the pupil at Kings school who had cancer of the kidney and who inspired pupils and staff to raise money in the first ‘sponsored’ run, is now also chairman of the committee.

2019 was the first year that the Children’s Cancer Run was brought to the North West. Over 800 runners joined us in Bitts Park on a pretty wet and muddy morning in September. We are looking forward to making the 2022 run even bigger and better, and keeping our fingers crossed for a bit of sunshine!